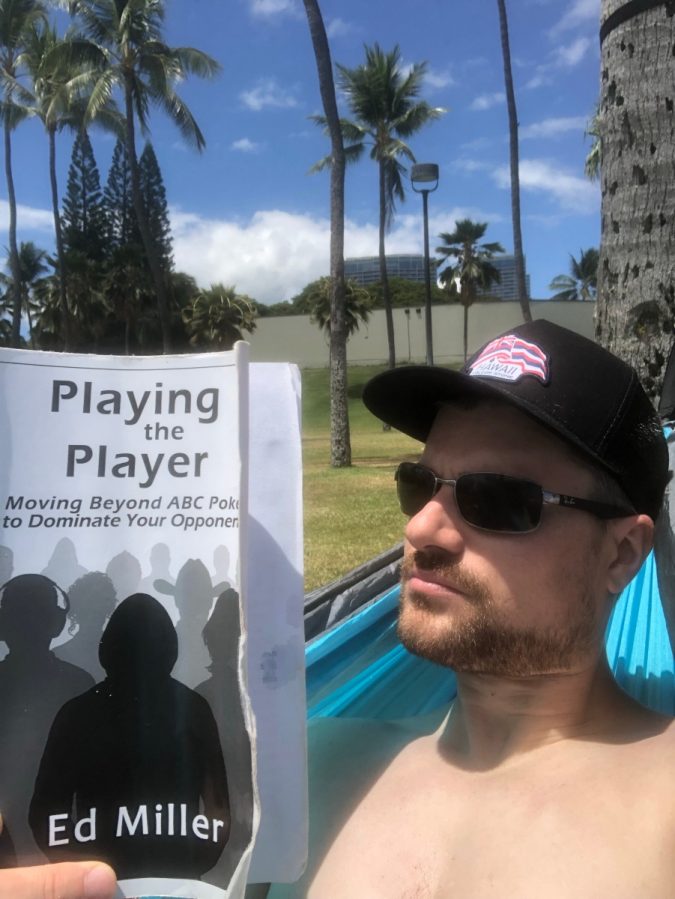 I mean… that’s where we are now, right? I started playing again back in late March two weeks after I got my second Pfizer shot and now it’s almost July and things are basically back to normal. They certainly were in Vegas this month. Poker was 9-handed, barricades were gone, and maybe 10-15% of the players were wearing masks. Hell, the whole city was flooded with tourists and maybe 10-15% of all people were wearing masks. Palace made masks optional in mid-June and I hear the plexiglass is coming down on July 1st (it’s June 20th as I’m writing this). Perhaps that means we will be going back to 9-handed poker locally as well. I’d much rather play 7-handed myself, especially since the rake is the same, but it is what it is.

I’ve been back playing for 3 months or so now and haven’t really made any blog posts so I guess I’ll start with my two Vegas trips last month.

I made the trips because they had some mix game tourneys going on but my first live tournament since early February 2020 was a $600 no limit Hold’em at Venetian. I did a good job chipping up early on in this event but my stack was dwindling late and I eventually got back to some old bad habits and started playing absurdly tight the closer we got to the money. I guess I really didn’t want to bubble my first live tourney in 16 months and I put myself in an absolutely laughable position. I basically folded my way to a 2.5 big blind stack three spots off the money. Somehow I cashed it but I busted shortly after the bubble burst. It was nice to book a cash in my first tourney back but it was borderline embarrassing and I gave myself no chance to actually win this event.

I max late regged a $150 O8 tourney at the Orleans and ended up final tabling it, but I was the first player gone and it ended up being another mincash. I played five other tourneys but never got any momentum going in anything and ended up with two small cashes in seven tourneys which ultimately resulted in a net loss of about four average buy ins.

I played about 32 hours of cash and my overall results were pretty mediocre (but slightly profitable) thanks to an absolutely disastrous 20/40 mix session that saw me dump $1500 in just over two hours, which ranks as one of my all-time worst (maybe even #1) limit sessions in terms of big bets spewed per hour.

All in all, not a great couple of trips to Vegas, but I enjoyed myself. I didn’t miss the plexiglass and I didn’t miss having a mask on my face 100% of the time. We went to Hawaii in the last week of June and had to take Covid tests to fly there. I was nervous about it, even though I’m vaxxed. If the vaccines aren’t super effective, Vegas is a great place to pick up the virus. I tested negative and that makes me feel like the vaccine is doing its job. I’m fine living life like it’s business as usual at this point – although I think overall sanitization awareness and excessive hand washing will be normalized going forward and that’s obviously a good thing.

I have about three months of live cash game stats since I’ve been back to playing. All my non-Vegas hours have been at Palace. I haven’t made a return to Fortune yet. Palace is much closer and my win rate in the 1/3 NL games at Palace is still far greater than I could expect to do in a 20/40 game. I don’t think this level of success is sustainable, but I don’t really see much point in driving 40+ minutes to play somewhere else until it actually starts to level out. Plus, all my studying lately has been focused on NL games. Still, it’s important to keep that limit Hold’em muscle strong, so I’ll venture out to Renton soon enough. Rumor has it the 20/40 players there think I would get killed in that game, so I have extra interest in smacking them around a little bit. (Note: my lifetime win rate in the 20/40 at Fortune is 0.83 big bets per hour over a smallish but not insignificant sample size).

I’m averaging just over 30 hours of live play a week. My volume could definitely be higher. I don’t always get to the casino as early as I want to. I have a tendency to drag ass in the morning and take way too much time getting through my routine. Ideally, I want to be in the gym by 11 AM on my playing days and sometimes I don’t even start lifting until 1:30 PM. I should be in a game by 2 PM if I want to put in a ten hour session, but it usually ends up being closer to 4 PM most days.

I’ve played 306 live cash game hours so far in 2021 and 118 of them (38.6%) have been in 1/3 NL games, which is by far the most of any single level of any variant I’ve played. As anyone that has followed my blogs knows, this is a transition for me. I’ve always played in limit cash games. I’m surprised by the early results. I’m running at +24 big blinds per hour so far. I’m sure that’s unsustainable and my sample size is still really small, but damn, even if that win rate were to get cut in half over time, it is still a clear step up from grinding 8/16 and would rival a good 20/40 hourly. I have had a couple of miserable 3/5 NL sessions and that has caused me to mostly avoid the bigger game when it goes. I’m still getting my feet wet so why play with the few competent players in the building when the money is so easy to get at the 1/3 level? If you add in my 3/5 sessions, my overall NL cash game win rate drops to a much more reasonable, but still very sexy +16 big blinds per hour. I’m definitely happy with the outcome so far and I’ll be looking to dip my toes in the 3/5 waters again soon after spending a good amount of time studying NL cash game strategies on the beaches of Oahu.

I’ve played 128 hours across three different levels of limit Hold’em and my 1.37 Big Bets per hour is pretty in line with my career win rates. I’ve played 35 hours in live mixed games and I’ve somehow run at 1.48 Big Bets per hour despite that total blast off in the 20/40 mix at Wynn.

Overall, it has been great to be back playing and my results so far have been really good. My top goal for July is to increase my volume. I’ve kind of struggled to fall into a routine or schedule that works for both myself and my family, but I think I’m on the verge of figuring it out. Ideally, I’d like to play 40 hours over four sessions in a week with another 5+ hours set aside for studying. That would give me two days completely off from poker and another half day (after Dina gets off work) to focus on family time. Speaking of studying, I also want to be more willing to invest in my poker education. I’ve always been eager to pony up for books, but I’m yet to fully embrace the perks of studying online and with expensive software. I’m mostly going to spend July focusing on implementing all the new NL cash game concepts I’ve been learning, but I’d also like to pop into Fortune at least once for a 20/40 session. I’d also like to travel somewhere I’ve never been, either this month or next month, for a poker series, but I haven’t talked to my wife about it yet or settled on a destination. I’m currently considering Choctaw in Oklahoma, Seminole Hard Rock in Hollywood, Florida, or bestbet in Jacksonville, Florida. Stay tuned!

Meanwhile, here are some pics from Hawaii!